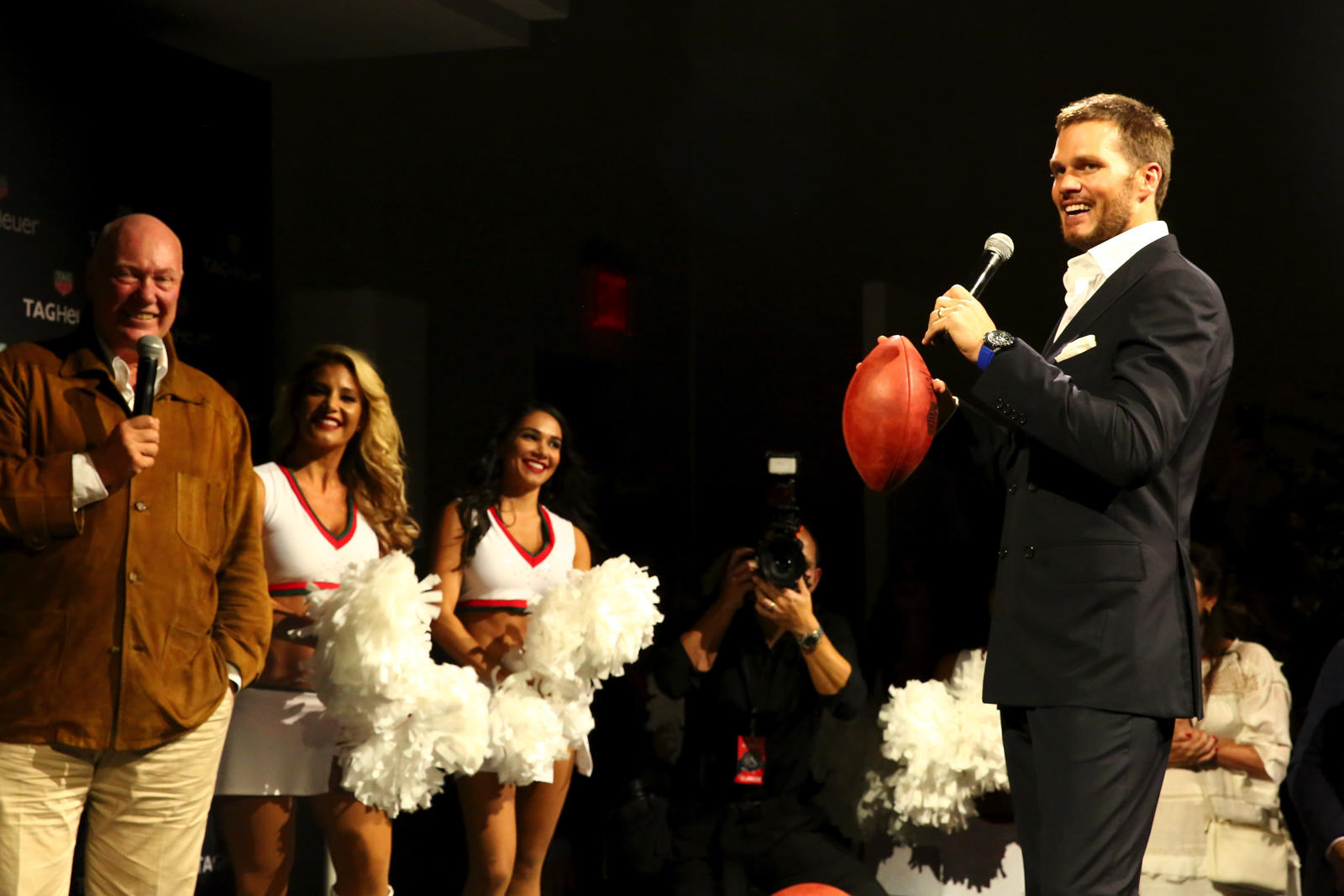 Last night, at a press conference in New York City, TAG Heuer announced 4-time Superbowl Champion, Tom Brady, as a new face of the brand. Brady, who has lead the Patriots to a 4-0 record this season – is unquestionably one of the greatest quarterbacks of all time. His resume includes six Superbowl appearances (four wins), three Super Bowl MVP awards, two league MVP awards, ten Pro Bowls, and he has led his team to more division titles than any other quarterback in NFL history, with twelve.

During the event TAG Heuer also made the US debut of the new TAG Heuer Carrera 01, which was originally announced at Baselworld in March.

Tom Brady said, “I am thrilled to be part of the TAG ambassador team. I have always admired the craftsmanship of a luxury timepiece and the new Carerra 1 is no exception. The first nice watch I purchased was a TAG. So, it looks like I’ve now come full circle with this admired company”.