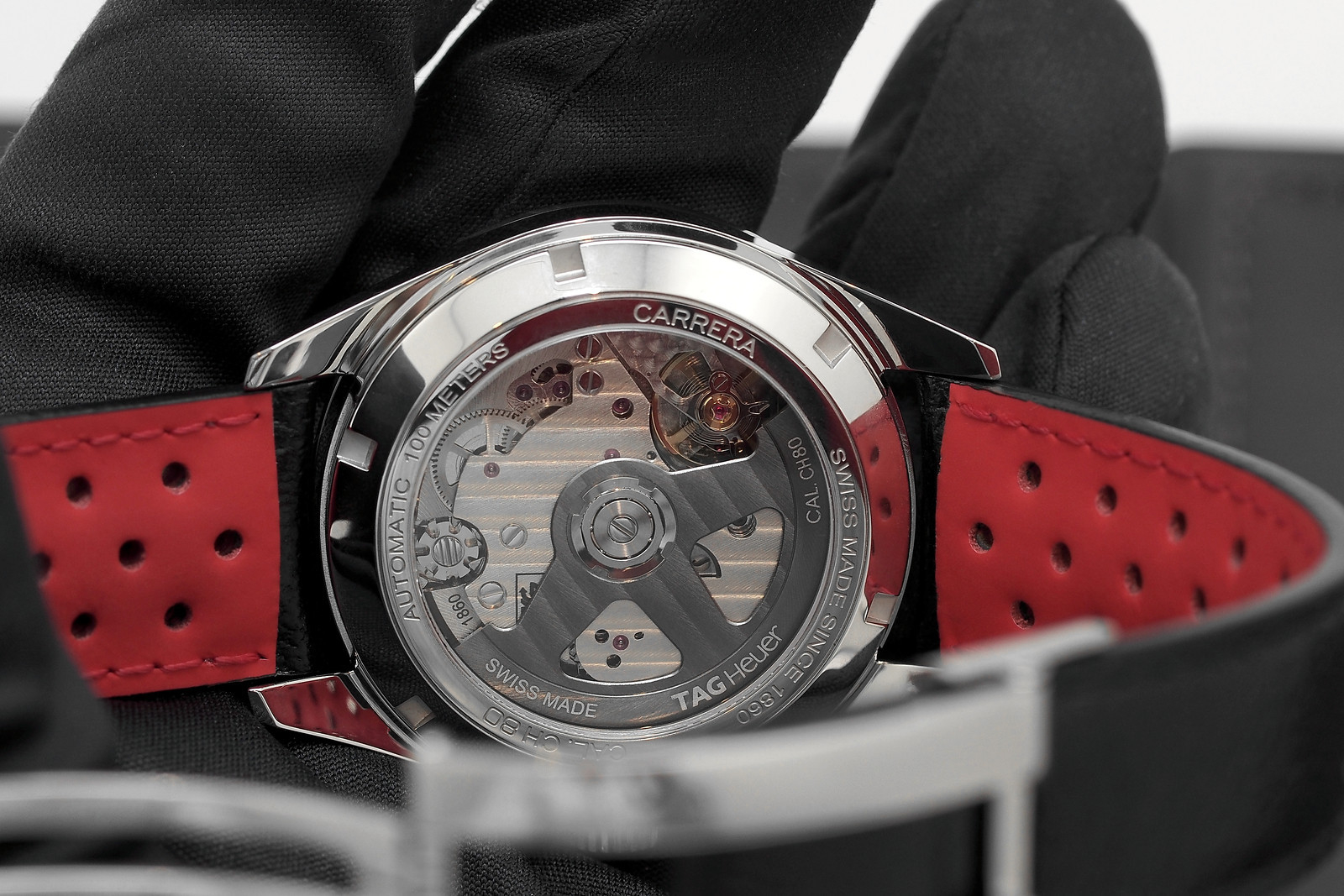 TAG Heuer’s second chronograph movement, an in-house designed integrated column-wheel chrono with a premium vertical-clutch system, known as caliber 1969, was originally announced in November 2013. Following that, the so-called caliber “1969” movement debuted inside the Carrera CH80 Chronograph, at Baselworld 2014, with the new name caliber “CH80,” and with intentions of being delivered to retailers later that year.

Further, during the annual Baselworld trade show, TAG Heuer explicitly told Professional Watches that the Carrera CH80 Chronograph was available for sale at the wholesale level. And that they were taking orders from retailers during the show with deliveries tentatively expected to begin by Fall 2014. This is the typical procedure for most watch brands: announce at Baselworld or SIHH watch shows during Q1/Q2, and deliver those new timepieces Q3/Q4, the same year.

However, that never happened. Instead, the then LVMH Watch Division Head, Jean-Claude Biver (a noted turnaround expert), swooped in, taking over as interim CEO of TAG Heuer, a position added to his existing title, where he immediately proceeded to make drastic changes to the entire TAG Heuer business plan.

As interim CEO, Biver’s new plan consisted of indefinitely canceling production of the CH80 Carrera Chronograph and its eponymous movement. Thing is, caliber CH80, is one of the most sophisticated watch calibers TAG Heuer had ever designed for serial production. And as I mentioned above, TAG Heuer had pending wholesale orders for the yet-to-be-delivered timepiece. Needless to say, it was a very interesting (peculiar) move to abruptly cancel production.

Something that is almost unprecedented. That is, to launch the watch publicly at Baselworld, and then to take orders, and then to cancel it.

During Baselworld that year, journalists were not allowed to photograph the movement or watch up-close, other than outside the TAG Heuer booth, through the glass of the vitrines. However, Professional Watches ended up getting exclusive access, including a few quick photos and publishing the first-ever hands-on images of the Carrera CH80 Chronograph.

Ultimately, it was obvious that even though the CH80 is in some ways technically superior to the much more expensive LVMH-owned Zenith’s famous El Primero chronograph – and that there might be some cannibalization on Zenith watch sales as a result – that there is no way that LVMH-owned TAG Heuer would spend millions to develop the movement just to terminate its production.

So, it was a given that the movement would reappear at some point. That time has come, and it is now reportedly set to launch at Baselworld 2016.

Not surprisingly, given the baffling initial launch, there is yet another twist. The CH80 movement will not debut inside of the Carrera, as originally intended. Instead, it will be unveiled inside of a retro Autavia Chronograph. Moreover, almost exactly three years from the initial annoucement, the now infamous caliber “CH80” will be called by a third name – caliber “Heuer 02.” Perhaps third time’s a charm.