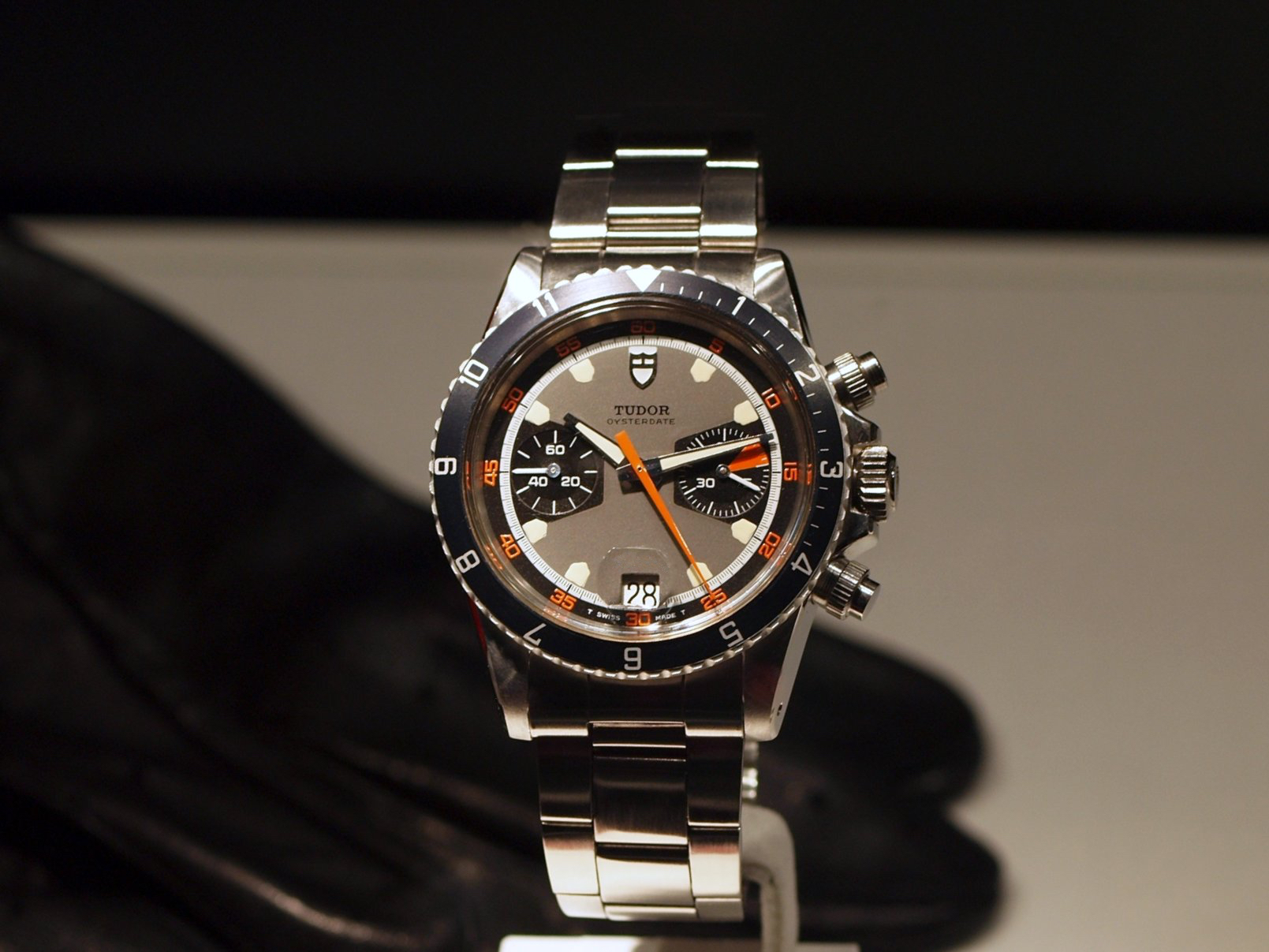 If Tudor produced a more faithful modern version of the Homeplate a la the Black Bay 58 would you be interested?

In a November Instagram post on our account @professionalwatches we posed the question above. Everyone who commented said they would like to see a more faithful recreation of the Oysterdate (shown above), and then for whatever reason, Instagram hid the comments. We’ve had a well-known watch company on at least one occasion, request a social media company take down a post that had our copyrighted content, and the company complied without confirming with us that we owned the content. It’s not common but it does happen. So it makes us wonder why these comments are blocked. Large companies, who spend millions on Facebook and Instagram ads, do have sway at certain social media companies. And let’s be honest, Facebook breaks every ethical rule in the book.

Either way, there’s a chance the old Tudor Heritage Chronograph collection, which’s still in the Tudor catalog could gain additional styles, or be replaced altogether.

Considering the success of the smaller Black Bay 58 line, or the Rolex Daytona — which is the most coveted Rolex watch among flippers, ever since dropping with a ceramic bezel in 2016 — it would not be that surprising if Tudor made a slightly smaller, more refined, and better-proportioned chronograph.

The Black Bay Chronograph and the Tudor Heritage Chronograph, have never seen the success of the other models within the Black Bay line. So based on consumer demand alone, it seems probable we’ll see a new Tudor chronograph this year or next year. Although, the more obvious spinoff is a BB58 GMT, which we could see instead of, or in addition to a chronograph.

New 2021 Tudor watch models will be released this year, virtually, at Watches & Wonders Geneva 2021 which starts April 7th and features close to 40 marquee brands. Check ahead of this date, as Tudor has been known to drop a few launches — ahead of the show.