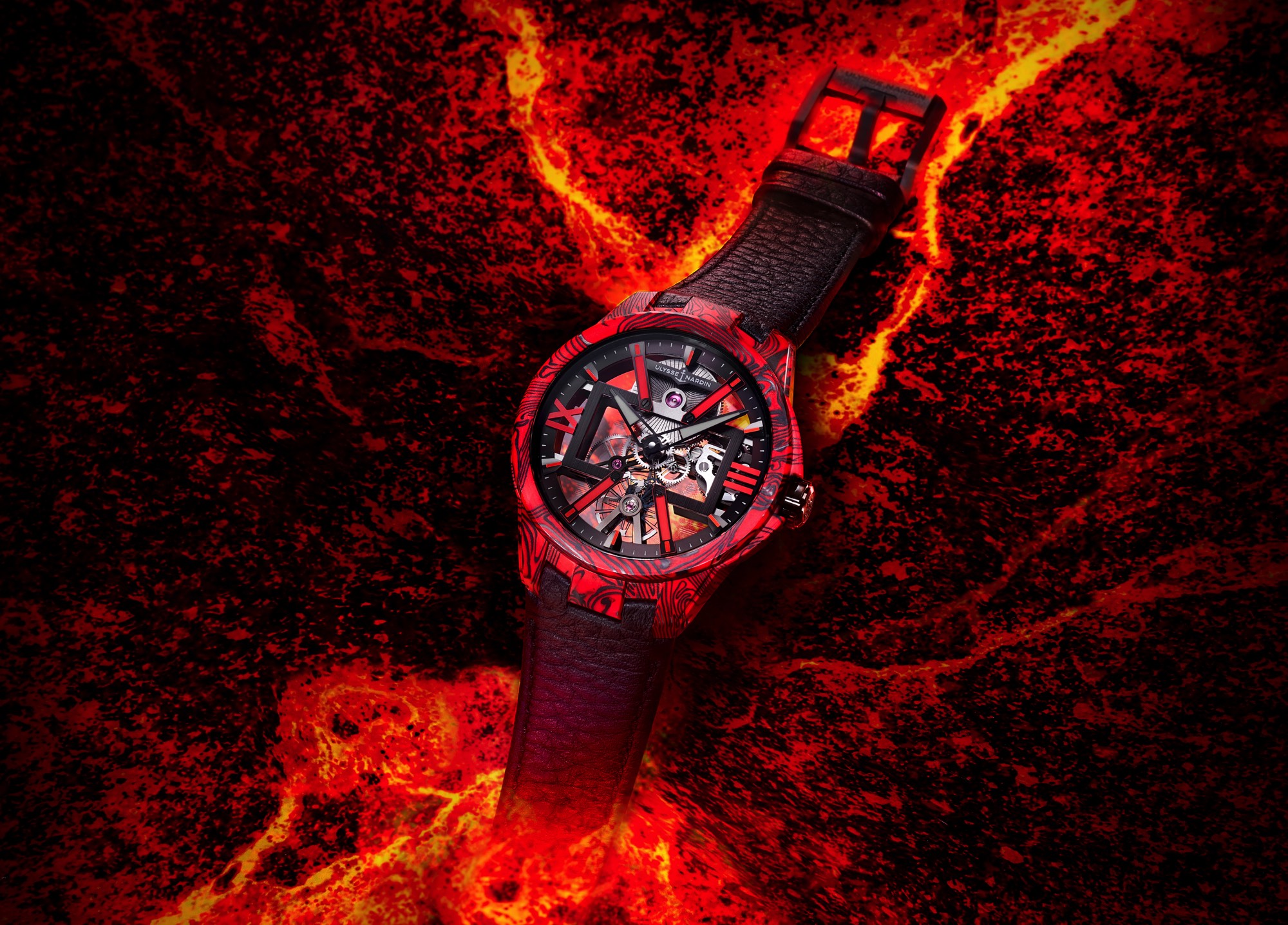 Last week, the Le Locle-based watchmaker, Ulysse Nardin, who earlier this year released an impressive new technology, an insane yet kind of cool timepiece designed for Mega Yacht owners, and a more wearable and accessible version of their Freak watch – announced yet another splashy timepiece.

At 43 mm in diameter, the case is not outrageously large, but the color alone will make it stand out nonetheless.

The movement, that appears to be floating inside the case, is a manufacture made manually wound UN-371 caliber with a 3Hz beat rate, extra wide silicon balance wheel with nickel flyweights and a silicon escapement, all visible at 6 o’clock. A single mainspring power barrel, visible at 12 o’clock, is good for a maximum power reserve of 96-hours.

Perhaps, the most interesting technical feature is that the Roman numeral hour markers at 11, 1, 5, and 7 o’clock, perform dual duties by providing four vertical supports to the rectangle bridge in the middle movement, which also has four horizontal supports built-in.