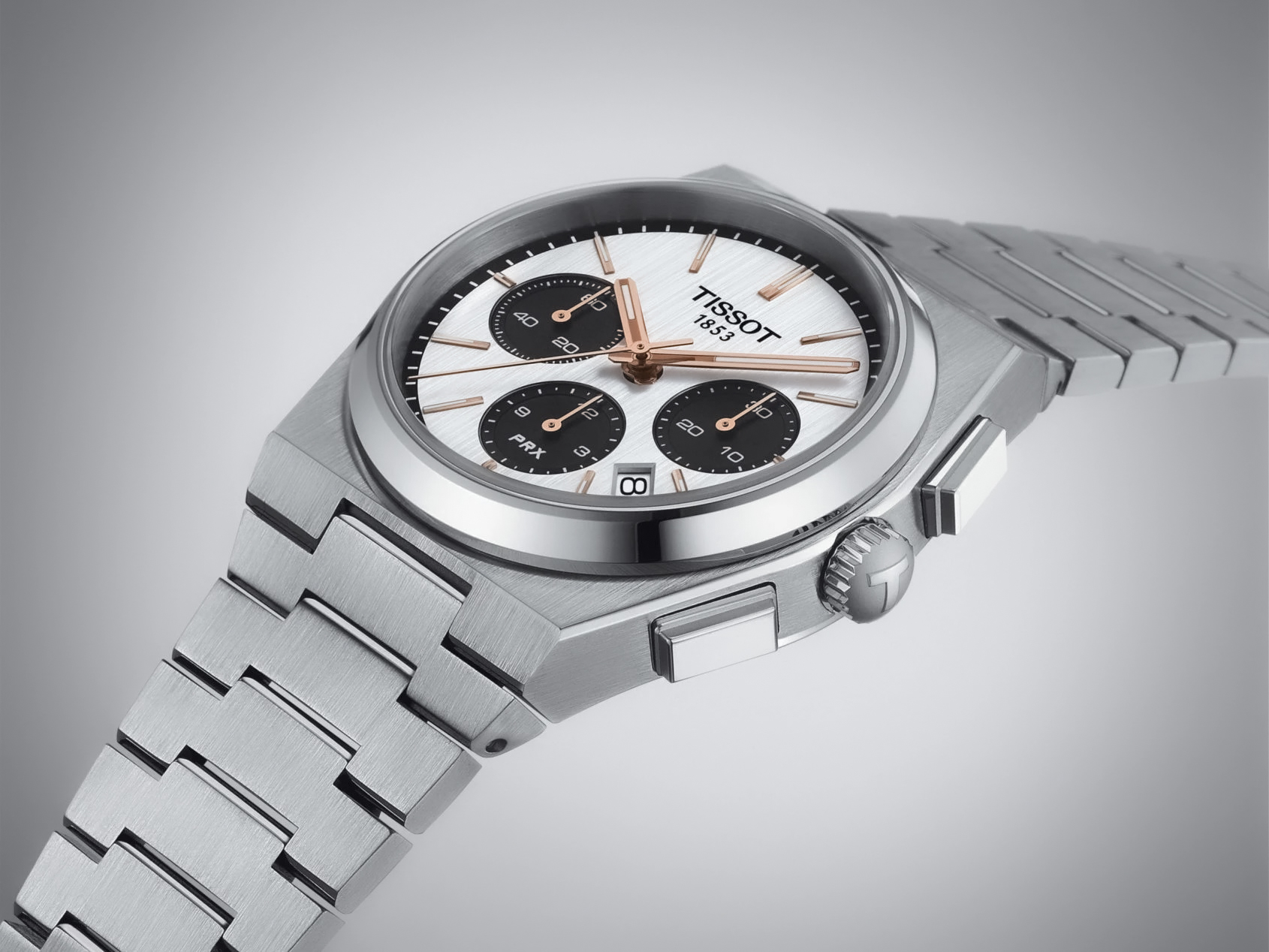 Tissot is breaking out the big guns and extending on the success of its PRX watch collection, which originally dropped last year.

First Tissot launched a Swiss quartz version of the PRX in February 2021, followed by an automatic mechanical-powered PRX in the summer of 2021. Now, the Swiss watch watchmaker has taken it to the next level, with a Valjoux A05 H31 automatic powered chronograph.

Swatch Group SA, which owns Omega, Blancpain, Hamilton, Longines, and others — owns the watch brand Tissot, and the ETA, which in turn owns the intellectual property of Valjoux. This 4Hz, 27-jewel automatic movement, with a 60-hour power reserve, is based on an ETA/Valjoux-based chronograph — which is a reliable workhorse chronograph that powers a broad range of third-party watches — and will power the 2022 Tissot PRX Chronograph.

Set to arrive in June 2022, the 42 mm angular stainless steel case, with integrated bracelet, has a mixture of brushed and polished surfaces, giving it an upscale look, in spite of Tissot being an entry-level watch brand. At launch there will be two dial configurations, one is a blue dial with silvery-white subdials, and the other is a silvery-white dial white black subdials. The blue version (Ref. T137.427.11.041.00) has steel hands and indices while the white “panda” variant has rose gold-plated hands and indices.

An exhibition caseback offers a view into the Valjoux mechanism. The watch is depth rated to 100 meters, double the rating of a Royal Oak. The functions include hours, minutes, seconds, date, and a chronograph. Flat pushers and an embossed “T” emblem on the crown, along with a tapered integrated steel bracelet, offer an aesthetic that’s similar to — but not a blatant copy of — the uber-expensive Royal Oak.