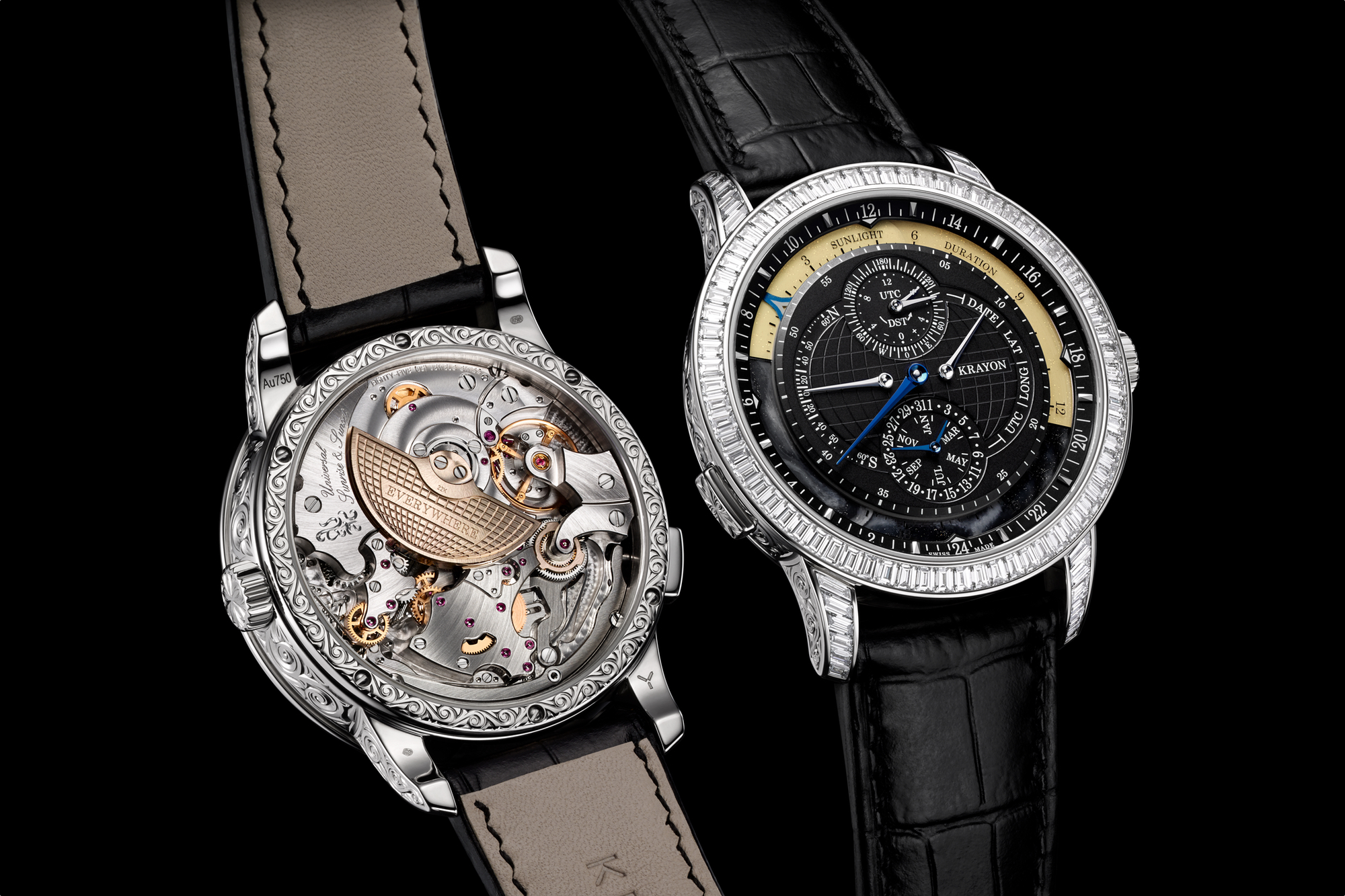 Swiss-based watchmaker Krayon has created a mechanical timepiece that tells you the sunrise and sunset times at your specific location anywhere in the world (although the latitude and longitude are limited to 60 degrees meaning the daylight duration function does not work at the North and South poles).

The outer rotating dial displays the whole day via a 24-hour scale; yellow represents (sunlight) and black represents (night). Sunrise and sunset times are read where the day and night sectors of the 24-hour disc meet. Naturally, as the seasons change, or your location changes, the number of daylight hours lengthens or shortens. The blue arrow can show you exactly how much sunlight there is at your current location.

To calculate this precise indication based on your location you simply need to set four parameters: your latitude, longitude, local UTC time zone, and the date/month. Those are set by the crown using the display in the center section of the dial and then used to calculate the time on the outer dial, including the precise sunset and sunrise times.

Although our phones can easily tell us the sunset and sunrise times with no effort, by setting the information above, the Everywhere Horizon, can do this mechanically, which is pretty impressive.

According to Krayon, “a universal mechanical calculator that gives the exact sunrise and sunset times” is unprecedented in mechanical watchmaking.

To deliver this functionality, the company created the Universal Sunrise Sunset caliber which has 595 total components (85 jewels) including a 22K gold automatic micro-rotor. The movement measures 35.40 mm by 6.50 mm beats at 3Hz and has an 80-hour power reserve. Each component is finished by hand to Haute horology standards, included beautifully hand chamfered and polished edges on the bridges.

This is a new variation of the original model that came out last year. Each piece can be custom configured to the customer’s taste. The retail price is approximately $600,000. 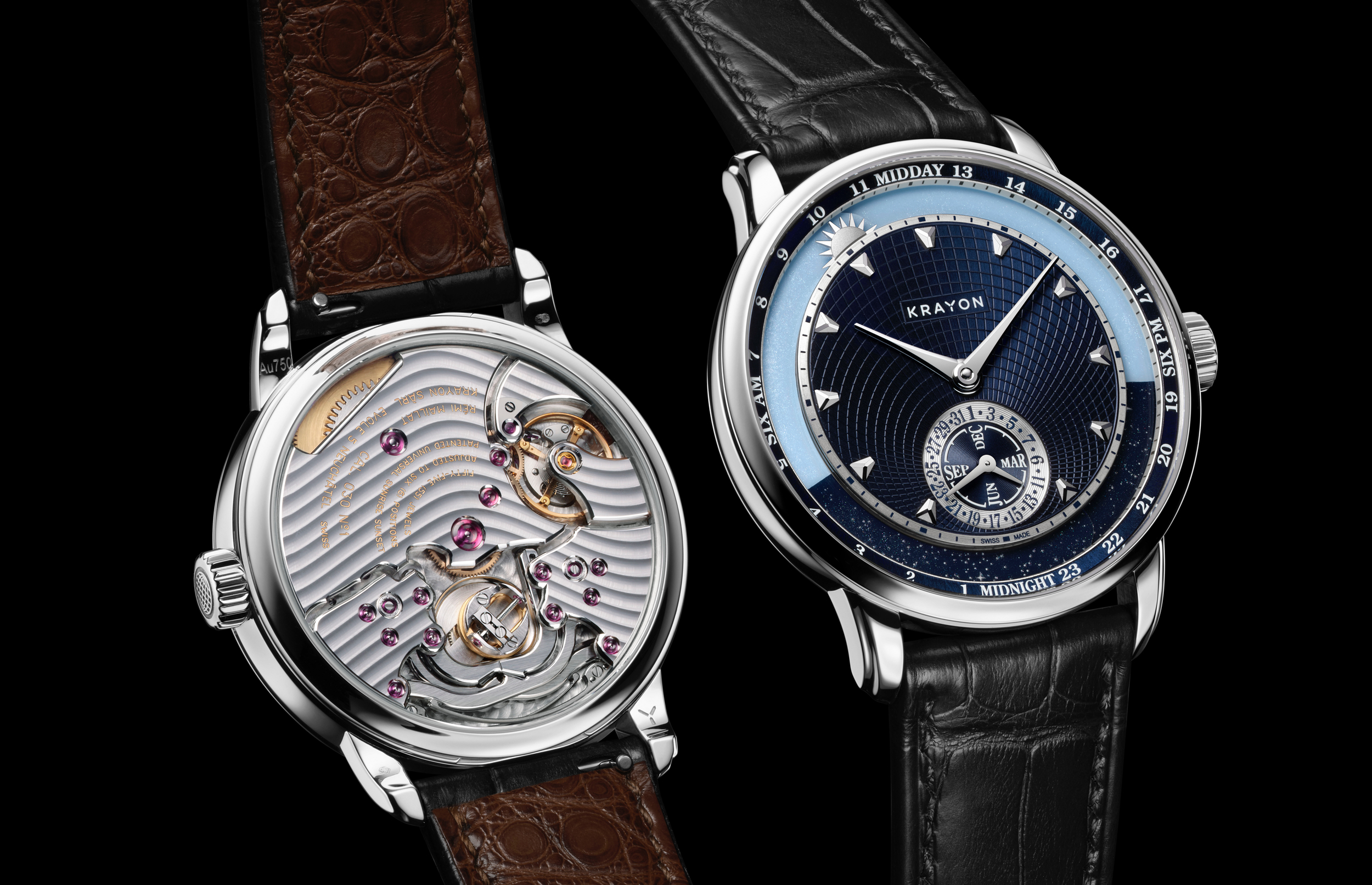