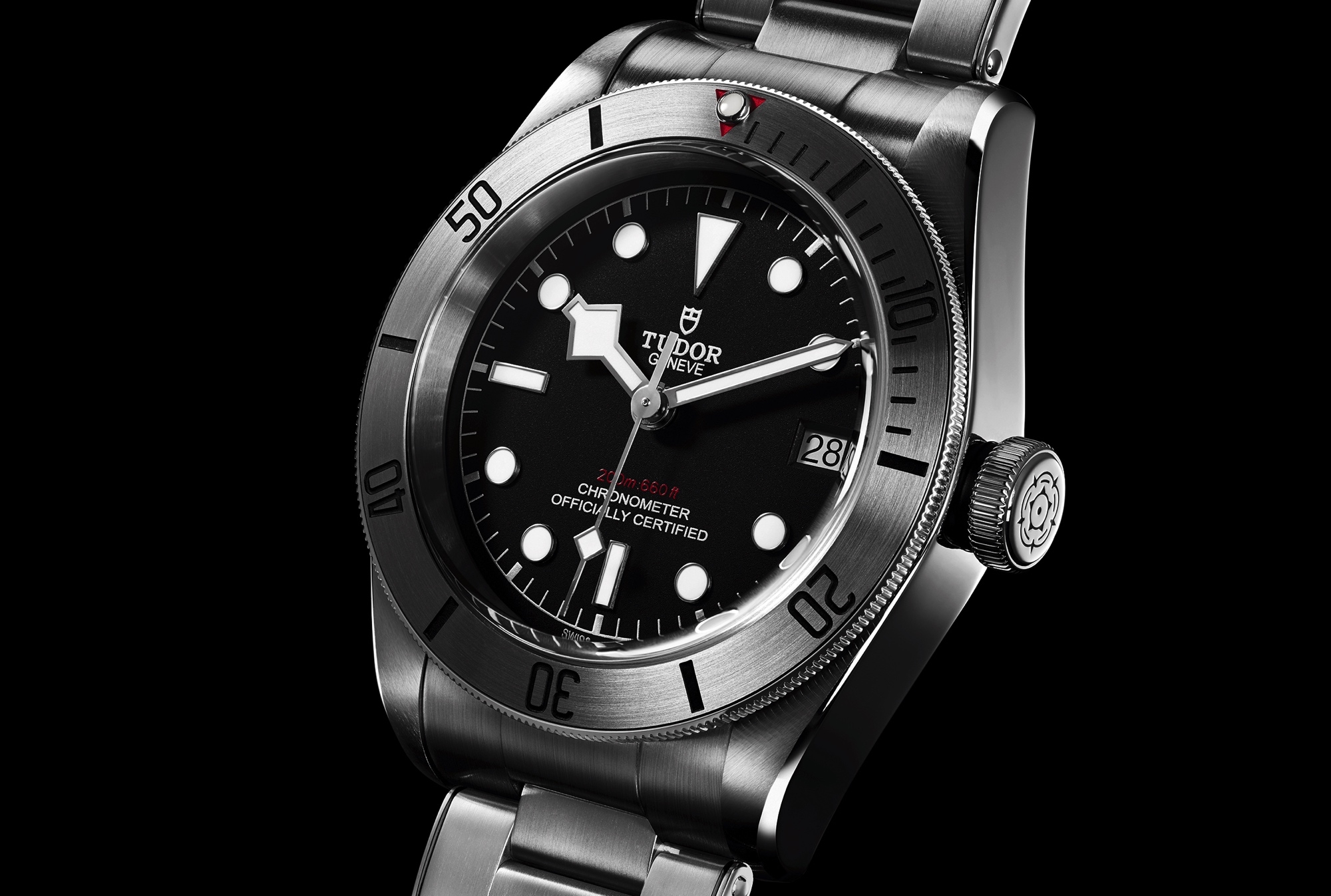 The Heritage Black Bay is Tudor’s best selling watch collection – which is a modern re-interpretation of the Tudor Submariner – based on a combination the company’s dive watch references from the 1950s and 1970s.

Beginning in 2012, with the original Black Bay Heritage Ref. 7930R, which features a Red bezel, Tudor has continually rolled out new editions, including the Black Bay Blue, Black, Dark, and Bronze editions.

Today, that tradition continues with the launch of the Black Bay Steel, which comes with a circular satin-brushed matte stainless steel uni-directional rotating bezel inside the same 41 mm diameter case that is seen on existing models, with the exception of the Black Bay Bronze which has a larger case.

In conjunction with the launch last year of the Black Bay Dark and Bronze, Tudor announced that all Black Bays will be equipped with the new in-house caliber MT5602 movement going forward. The new in-house equipped Black Bays are designated by dials with a Tudor crown emblem at 12 instead of the Tudor rose, and text that identifies the movement as a chronometer. The old reference numbers end with -0001 and the new versions of each variation end with -0002.

The launch of the Black Bay Steel, today at Baselworld 2017, represents the first model in the collection to feature a date function. The new watch is powered by caliber MT5612 which is based on the existing caliber MT5602.

With the exception of the date, everything has remained unchanged, including the 70-hour power reserve, variable inertia balance with a micro adjustment screw, silicon balance spring, and COSC-certified chronometer rating.

The final new element of the Black Bay Steel is the option for a new riveted bracelet, which is a great homage to the Submariners of the 1950s and 1960s. Also, there is a new khaki green fabric strap (not the stretchy type seen on Tudor “Marine Nationale” Submariners), made using the Jacquard technique, a traditional method achieved by a hundred-year-old family business from the St-Etienne region of France, that comes in addition to the black aged leather strap or the steel bracelet. 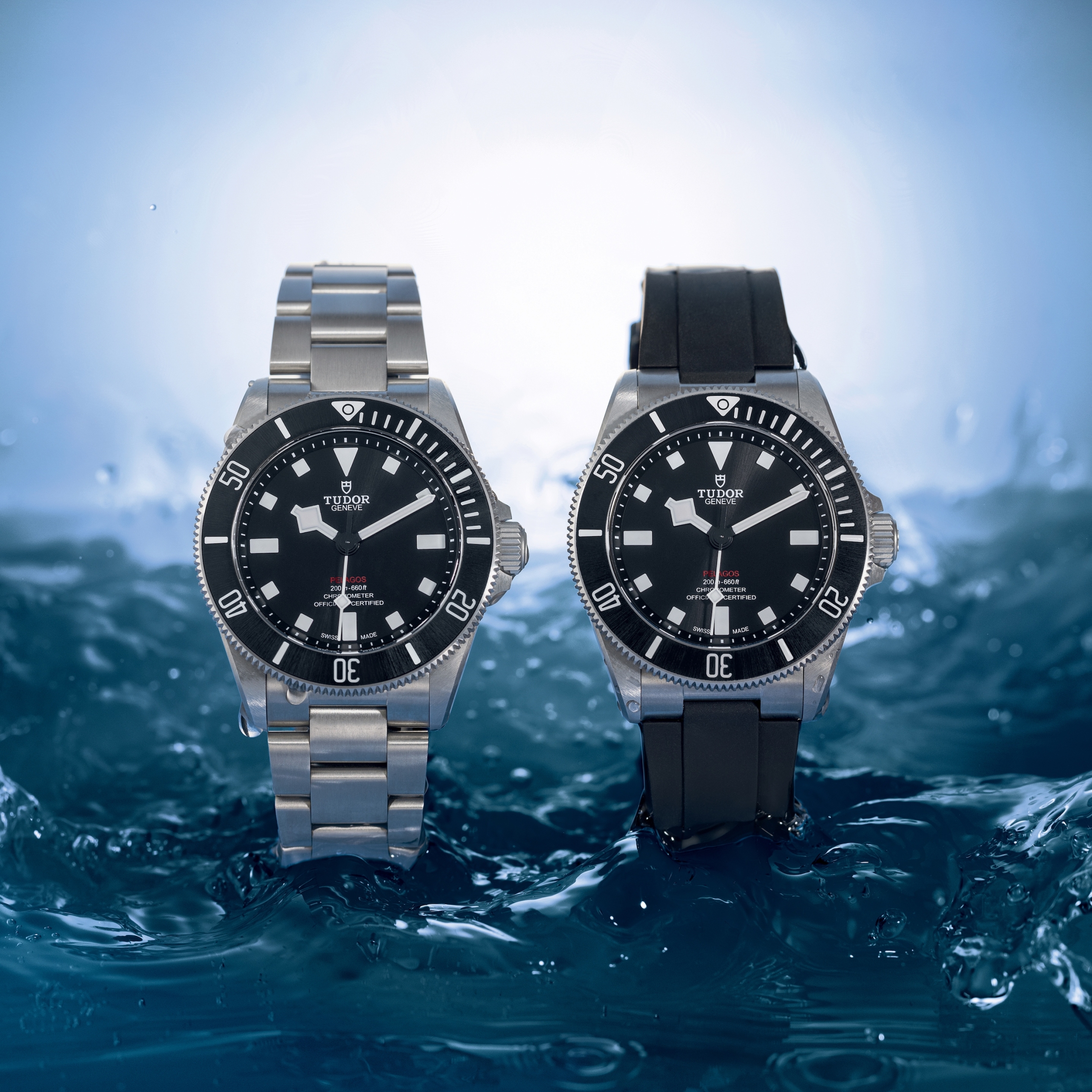 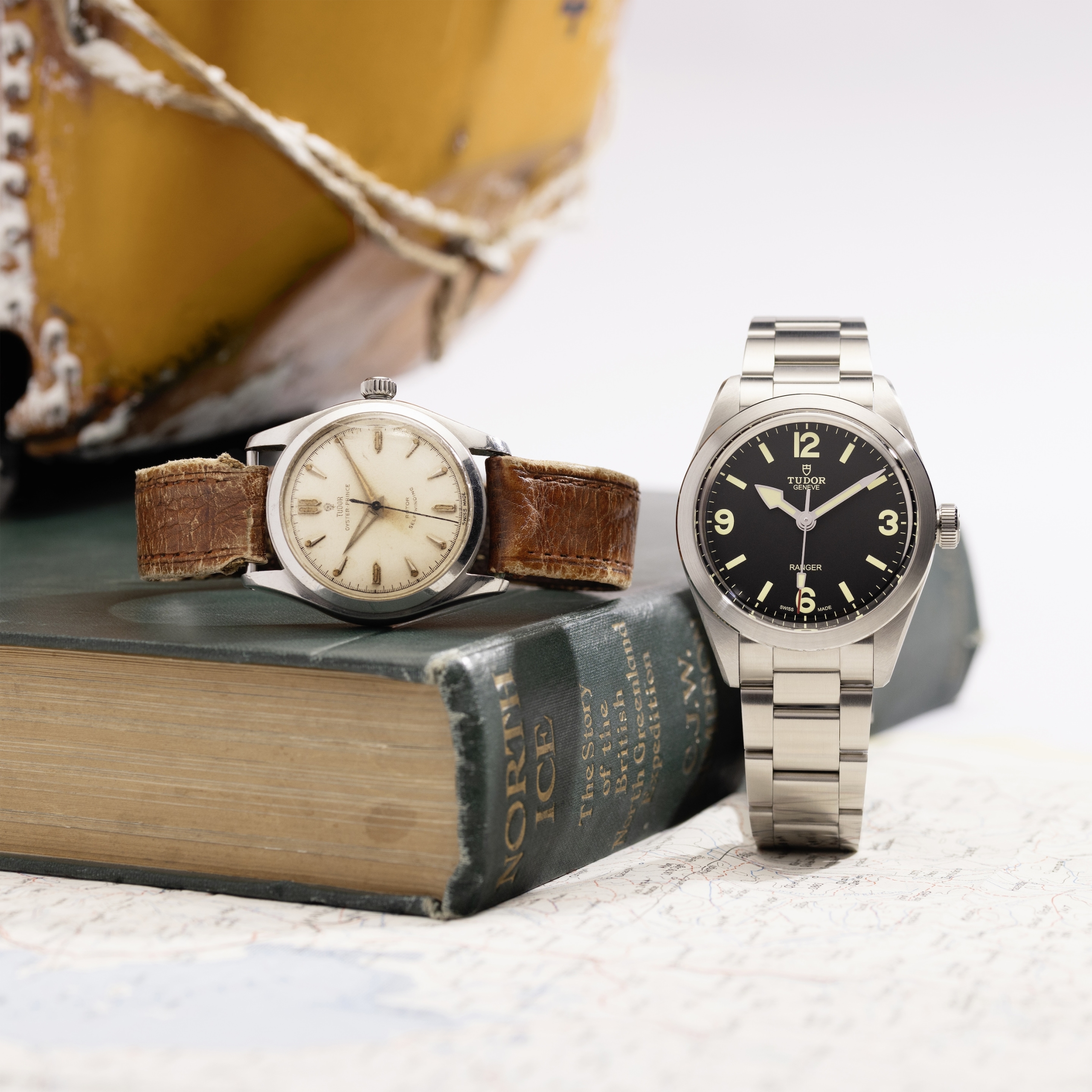 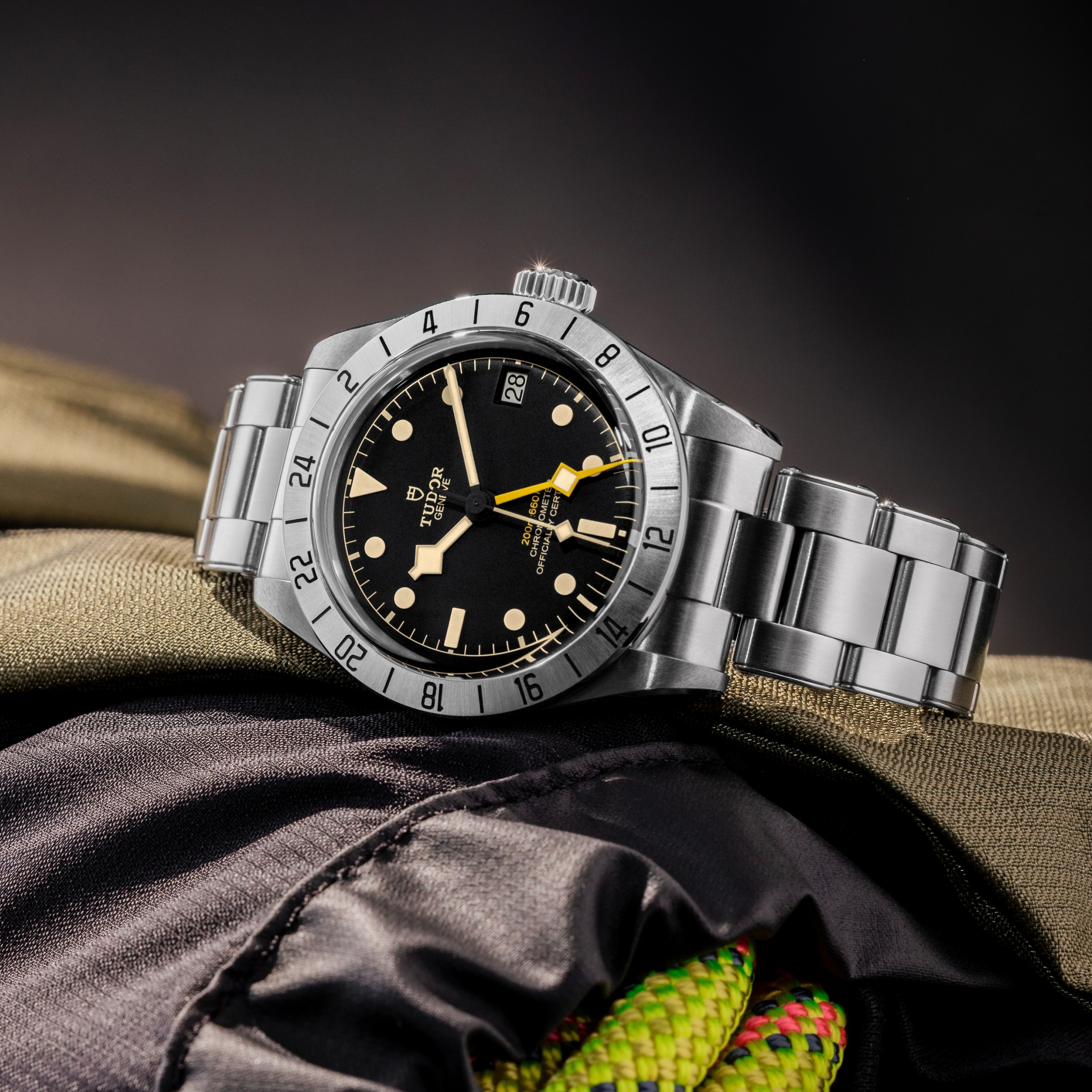