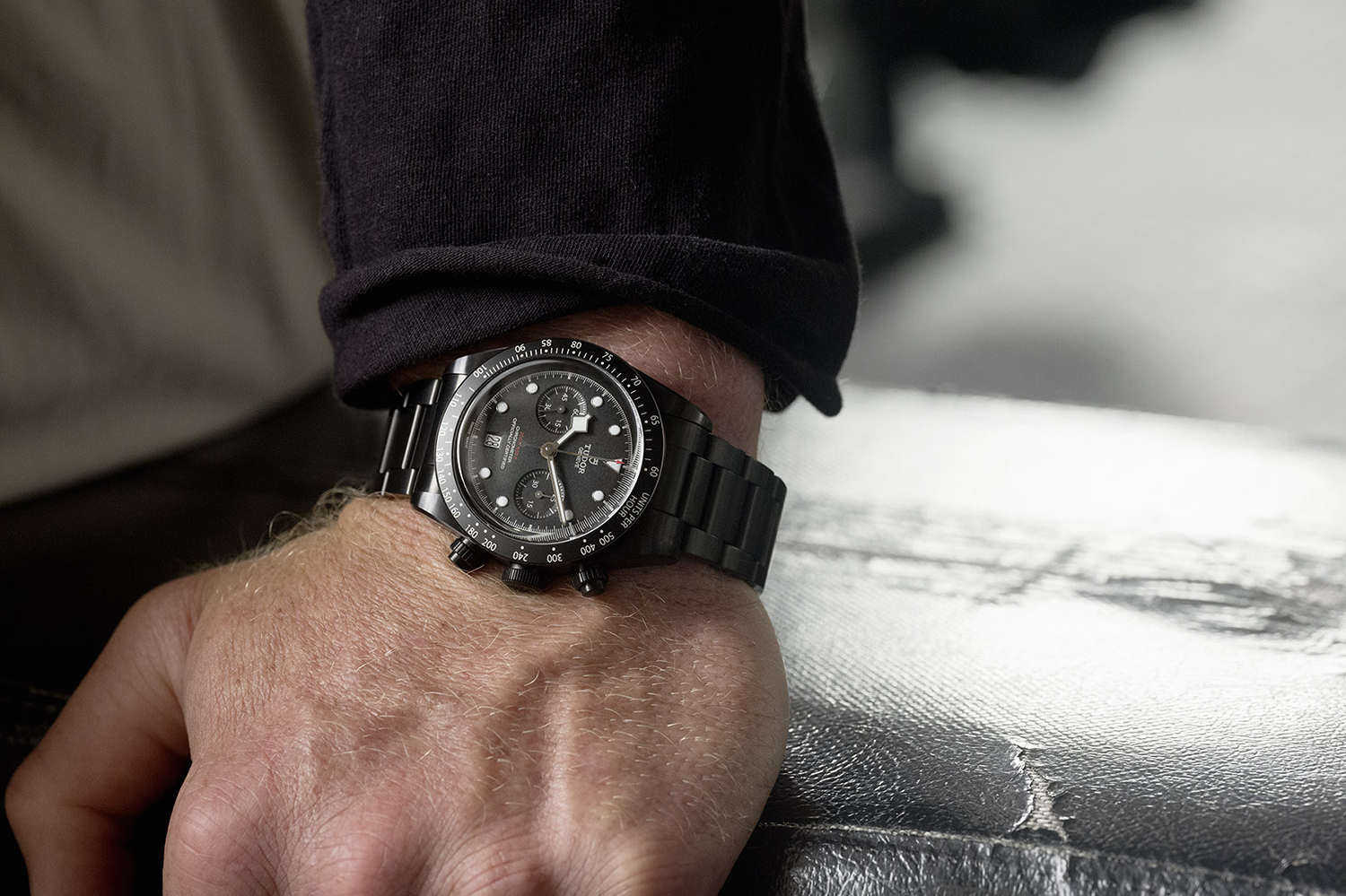 Tudor today announced a new limited-edition timepiece made to commemorate their partnership with the New Zealand All Blacks rugby team.

The Black Bay Chrono Dark Limited Edition is the first limited edition Tudor has ever produced, which in and of itself is unique. The watch is stainless steel and measures the same as the original model (41 mm x 50 mm x 14.5 mm) introduced in 2017, now with a matte black PVD coated satin-brushed finish. On the caseback, the limited edition number is engraved, and at the time of the launch, the number is 1181 timepieces which represent every player who has been selected for New Zealand’s national rugby team from its creation in 1903 to the RWC 2019. However, this number will grow slightly as according to Tudor, “The number will be adjusted according to the final composition of the World Cup team. The series will grow over the coming years as new players join the ranks of the All Blacks.”

Tudor offering a limited edition, which is a direct contrast to the company’s modus operandi (and parent company Rolex), is interesting in an age when companies are doing limited editions more than ever, to enhance sales. And then making it a number that will grow over time, is even more uncommon. This makes you wonder how the chronograph, which they introduced a new steel and gold version of at Baselworld 2019, is selling, considering it has not received as positive a reception as many of the other members of the Black Bay family have, such as the regular Black Bay line, the Black Bay GMT, and the Black Bay 58.

Nevertheless, Tudor now does limited editions and this one will be available, with the same impressive in-house automatic chronograph caliber MT5813, with a vertical clutch and column wheel, as the original Black Bay Chrono. The movement beats at 4Hz, has 41 jewels, a variable inertia balance, micro-adjustment by screw non-magnetic silicon balance, 70-hours of power reserve, and measures 30.4 mm x 7.23 mm.

Tudor’s Black Bay Chrono Dark Limited Edition (Ref. 79360DK) is water-resistant to 200 meters and comes with a matching matte black bracelet which is 22 mm at the lugs. Availability begins today and the retail price is $5,925.