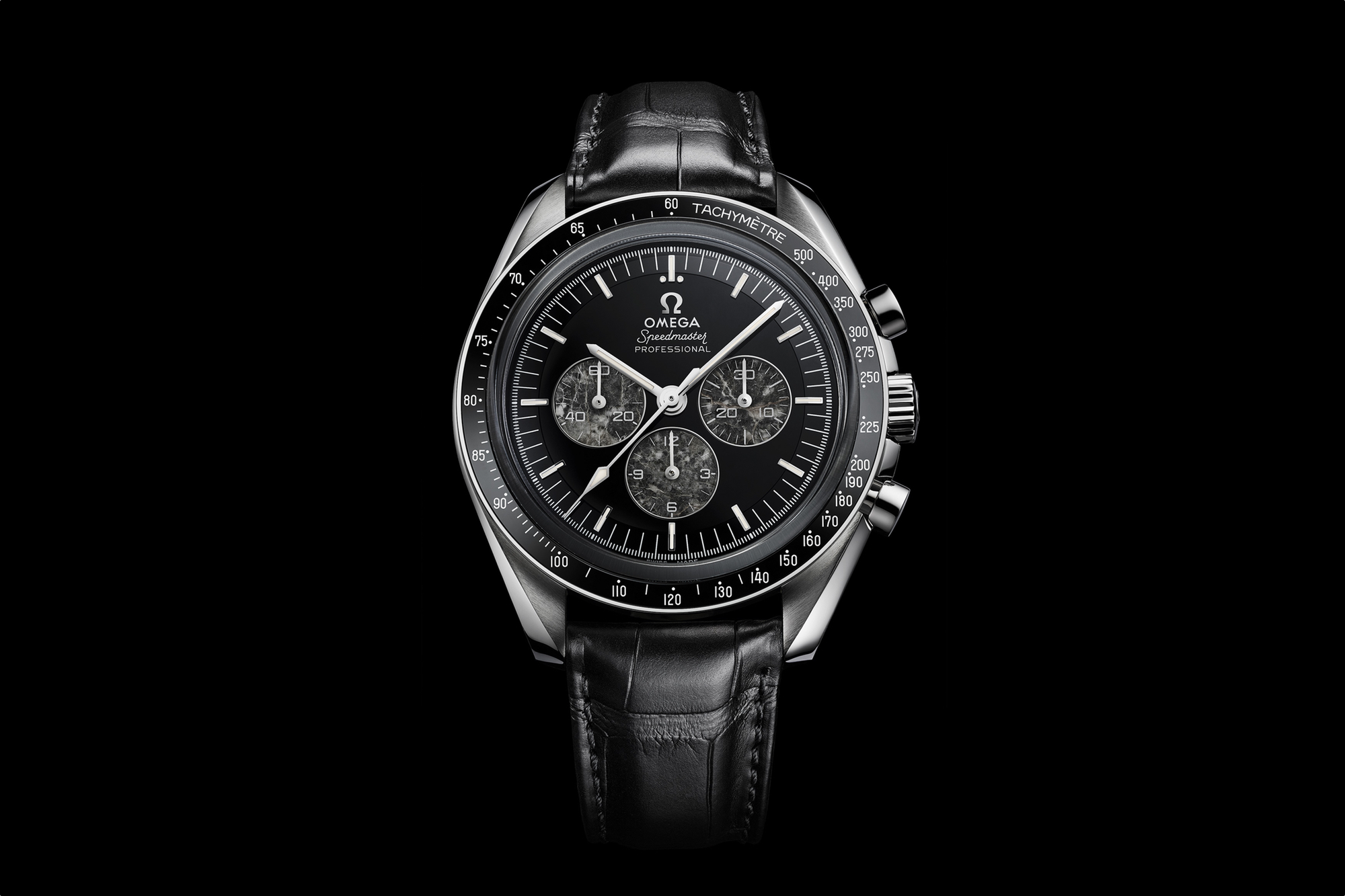 Yesterday, marked the 50th anniversary of the historic 1969 Apollo 11 moon landing, which as you may know took place with NASA approved Omega Speedmasters on the wrists of the three astronauts: Neil Armstrong, Edwin “Buzz” Aldrin, and Michael Collins.

Omega, whose name is forever tied space exploration, naturally, took full advantage of this momentous year and started in January by announcing the re-edition of the famous Lemania based caliber 321, which powered the original moonwatch Ref. 105.012 as well as Ref. 105.003 which was worn by Ed White on the first American spacewalk in (1965).

Later in the year Omega debuted a gold re-issue of Ref. BA145.022 called the Speedmaster Apollo 11 50th Anniversary Limited Edition in solid gold followed by the two-tone steel and gold version of the Speedmaster Professional Moonwatch 50th Anniversary Limited Edition as an homage to the original Ref. 105.012 – both powered by Omega’s new Master Chronometer caliber 3861.

The caliber 321 powered the very first Speedmasters dating back to 1957 but eventually was phased out due to the cost of production in favor of the caliber 861, and then caliber 1861.

The new Speedmaster Moonwatch 321 Platinum comes in the iconic 42 mm diameter case (like the original moonwatch Ref. 105.012) with asymmetrical twisted lugs. The case is crafted from a special platinum alloy with the use of gold (Pt950Au20).

A black step dial with 18K white gold indices and hands (except for the central chronograph seconds hand), and three meteorite subdials (made from slices of actual moon meteorite) visually separate this 50th Anniversary limited edition watch from the standard moonwatch. A black ceramic bezel, instead of aluminum, with a white enamel tachymeter scale, further distinguishes this very special model.

The new hand-wound caliber 321 is fully visible through a sapphire crystal caseback and unobstructed by an automatic winding rotor.

To view the reconstructed movement, customers will be able to look through the sapphire- crystal caseback of the new Speedmaster Moonwatch 321 Platinum. As the name suggests, the chronograph features a 42 mm brushed and polished case crafted from a special platinum alloy with the use of gold (Pt950Au20). The case design is inspired by the asymmetrical 4th generation Speedmaster case with twisted lugs (ST 105.012), and is presented on a black leather strap with a platinum buckle. Furthermore, this exciting timepiece includes a black ceramic bezel with the Speedmaster’s famous tachymeter scale in white enamel.

Each special edition comes on a black alligator leather strap, and we expect there will be additional included straps/bracelets, a special box, and other accouterments and will update the post once those additional details are confirmed.