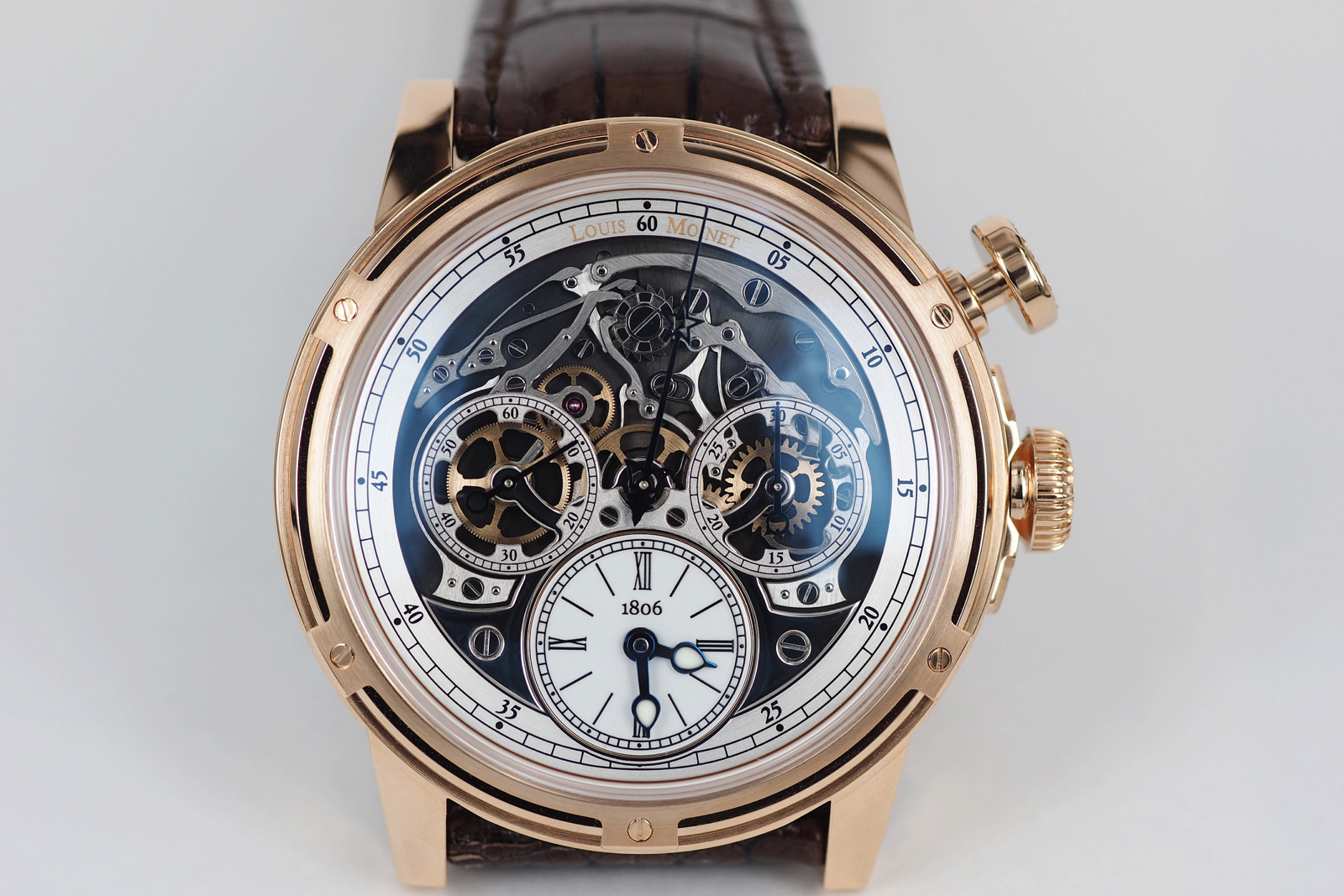 Today, Louis Moinet (whose original founder invented the first chronograph in 1816) debuted a new take on the chronograph.

The Memoris features a single pusher, column-wheel chronograph, which interestingly, has the upper half of the dial cut-out, exposing the entire chronograph mechanism. It was not as simple as just removing a portion of the dial, though. In fact, over sixty parts were designed and manufactured in order to allow the chronograph to function on top of the movement plate.

The result: is that the chronograph’s actions – start, stop, reset – can be admired with an unobstructed view, from the dial side.

The new caliber on the Memoris is the LM54, which is based on an automatic Concept movement that beats at 28,800 vibrations per hour (4Hz), has 302 components and a 48-hour power reserve.

A few other technical improvements have been made, including designing the swivel of the yoke to be concentric with the second wheel to improve the engagement of the moving parts. Also, the automatic pawl winding system has been made more efficient by allowing the watch to be wound up in both directions. Finally, a miniature ceramic ball bearing mounted on the dual-material rotor makes winding up operations smoother by minimizing friction.

The Memoris comes in two limited editions of 60 pieces each. Available in a 46 mm diameter white or rose gold case.