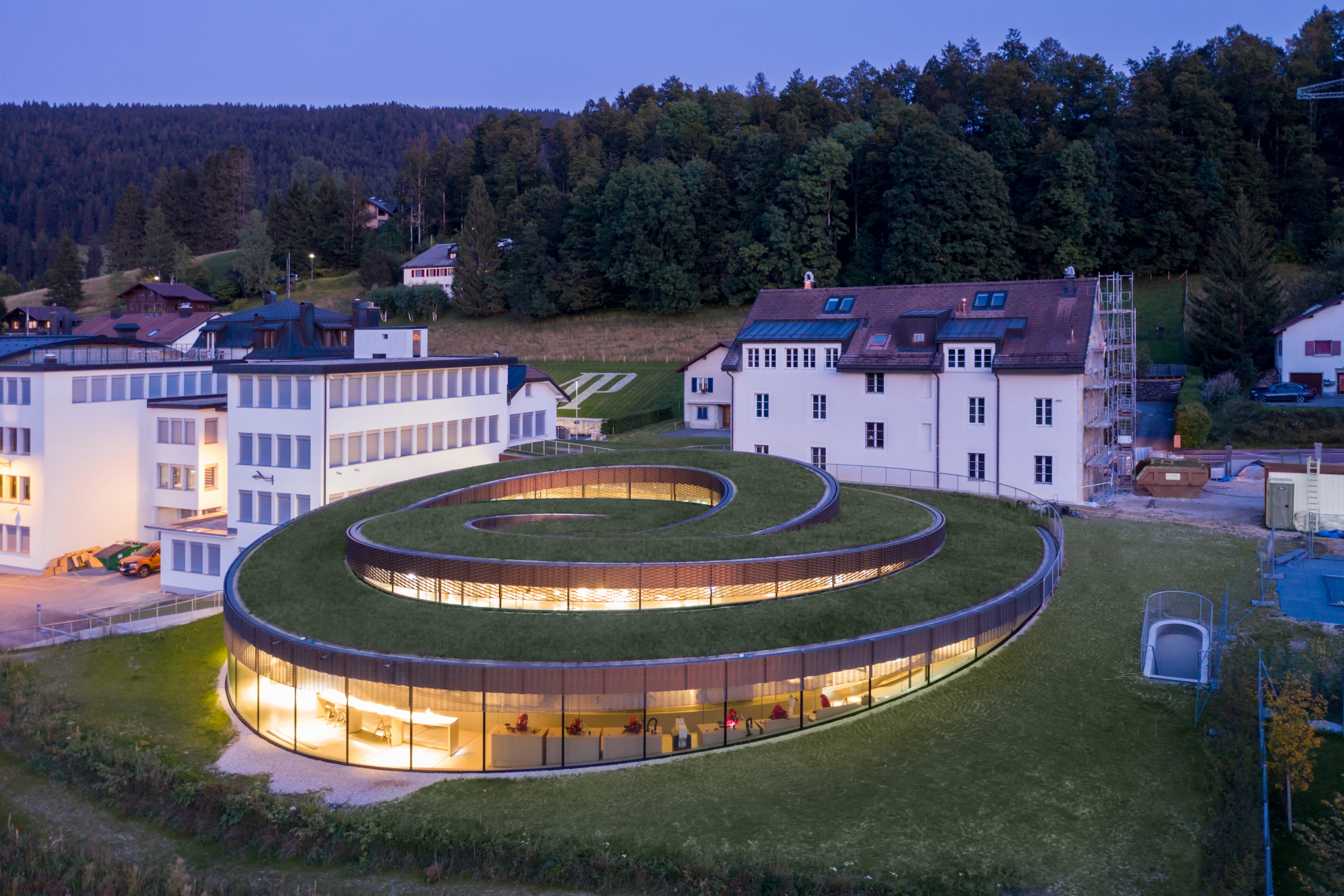 Audemars Piguet took the watchmaking world by storm with its famous Gerald Genta-designed Royal Oak in 1972.

Over the last decade — still bolstered largely by that single model — the Le Brassus manufacture has flourished even further, to the point that they’ve outgrown their Swiss production and repair facility, museum, and headquarters.

When you think about the fact that Audemars Piguet now does well over a billion dollars in sales annually, and has waiting lists on their most popular wristwatch models, the need for more space is not so surprising. After all, Patek Philippe  — another member of the exclusive billion-dollar sales club — has also recently built incredible new headquarters and manufacturing facilities. And Rolex, also a member, already has four state-of-the-art facilities. All three brands are synonymous with their best-selling models being sold out — and very long waiting lists.

Founded in Le Brassus in 1875, Audemars Piguet is the oldest Swiss manufacture still in the hands of the founding families. Audemars Piguet is located in the prestigious Vallée de Joux — situated in a remote region of the Swiss Jura Mountains northwest of Geneva — where some of the richest watchmaking histories originated.

With such a storied history and location, this was no easy decision and the announcement of the new Musée Atelier Audemars Piguet actually took place six years ago in 2014. It has taken that long to design and execute the construction, and surely extra care was taken not to disrupt the production while building the new structures, and something this special — this important to the brand — takes time.

“In 2014, BIG (Bjarke Ingels Group) won the architectural competition Audemars Piguet hosted to expand its historical premises. The firm designed a contemporary spiral-shaped glass pavilion to complement the company’s oldest building, where Jules Louis Audemars and Edward Auguste Piguet set their workshop, technically a start-up of the old times, in 1875. This architectural combination symbolizes the blend of tradition and forward-thinking at the heart of Audemars Piguet’s craftsmanship while honoring its deep-rooted origins in the Vallée de Joux. BIG’s high-concept spiral, seamlessly rising from the ground, offers a pristine setting for the masterpieces of technicity and design which have taken shape, year after year, in this remote valley of the Swiss Jura Mountains,” according to Audemars Piguet.

Introducing the Musée Atelier de Atelier Audemars Piguet  — featuring contemporary design blended with the historic buildings of the existing watch manufacture. With 26,909 total square feet of space and 9,687 square feet of exhibition space, the new structure has 108 structural glass panes, which are 4.72″ thick. Over 470 tons of load weight is supported by the glass.

The museum section of the new pavilion building showcases horological creations spanning over two centuries. With more than 300 important watches on display, this museum has a provenance that’s tough to compete with. That’s because as was the case with the previous museum, the timepieces provide insight into the remarkable story of Audemars Piguet and the secluded Vallée de Joux where the history of watchmaking shines so brightly — despite being in a valley surrounded by mountains on all sides.

The manufacture’s masterpieces (Grandes Complications and Métiers d’Art Ateliers) are located at the center of the spiral, including the astronomical, chiming, and chronograph complications that have been at the heart of Audemars Piguet since its establishment, all orbiting around the ultra-complicated Universelle pocket watch from 1899. At the end of the exhibition is a collection of Royal Oak, Royal Oak Offshore, and Royal Oak Concept timepieces that mark the different milestones throughout the brand history.

The museum opened to the public on May 6, 2020 (by appointment only). If you’re interested in learning more about Audemar Piguet’s incredibly rich history, more information can be found and tours can be requested on the dedicated microsite AP Musee Atelier Microsite.

Professional Watches toured the manufacture in 2009, and also toured the Audemars Piguet US after-sales facility in Florida in 2016.