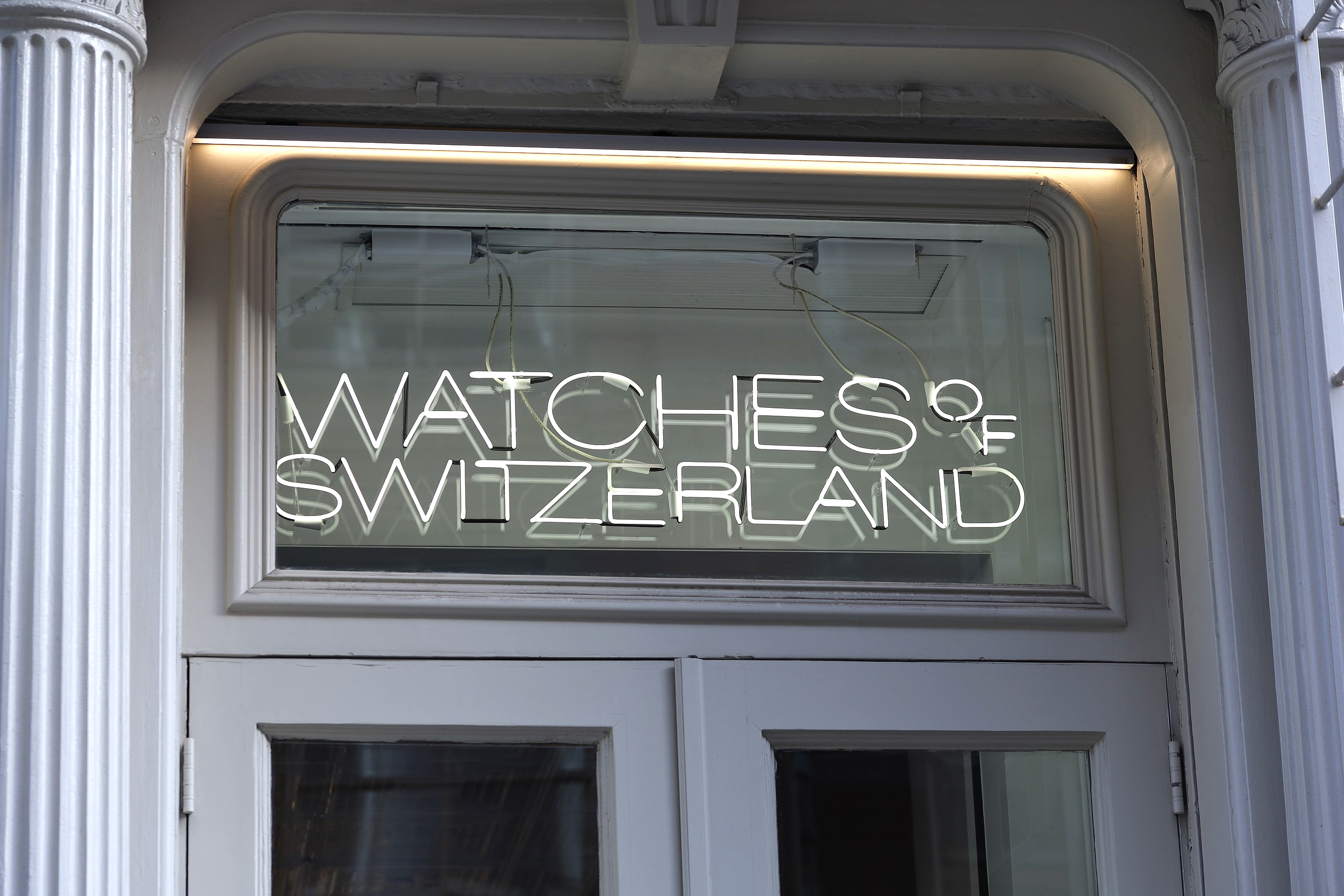 Professional Watches spoke with Brian Duffy, CEO of the Watches of Switzerland Group, during a Zoom interview in late August. We asked Duffy about the group’s European expansion plans, as well as other business initiatives.

As a leader in the United Kingdom market, and with a growing foothold in the United States market, what’s driving the decision to expand in Europe versus continuing or intensifying the US expansion?

The correction I’d make there, is we are continuing to expand in the US. We’re very pleased with the success we’ve had in the US. We’ve proven that we can acquire businesses and integrate them and then invest and improve the business. We’ve proven we can enter new markets like New York. We’ve built a tremendous team infrastructure, so we have big ambitions for the US market, including acquisitions.

In Europe we see somewhat similar conditions, markets that have no sort of dominant leadership of scale, such as we have in the UK. And the same sort of opportunity to acquire, invest, and consolidate. So we’ll be doing both.

What countries are of most interest as WOSG moves into Europe? Where will the first store be?

We generally don’t know. Our ideal way to enter into the European market would be through acquisition. Such as we did in the US, acquiring Mayors was a great deal for us. We got a great network of stores, we got really fantastic people, and we then got a head office in Fort Lauderdale, which is now the head office for everything in the US. So ideally we’d like to go in the same direction and make acquisitions in Europe. We’ve analyzed every market and it’s a matter of when the right opportunities come along. We haven’t set ourselves different objectives or priorities by country. We think there’s opportunity in every city in Europe.

You’ve said multiple times that the watch market is supply-driven. Is this a key factor to how WOS maintained growth in 2020-2021 despite so many stores being lockdown?

It was one of the factors. One of the other major factors that were very important to us was the tremendous success of the US business. The US was only locked down for the month of May (the first month of the fiscal year) and then was open for 11-months of the year. And our performance was very strong. So for the 12-month period, despite lockdown, at the start, despite traffic being down, particularly tourist traffic in places like Vegas and New York, despite that our business was up almost 40%. So that was a huge contributor to our growth. Back in the UK our online business more than doubled. We are very advanced and developed online in the UK market, so that was a great strength, and we invested big time behind our online business. So that contributed to our growth. And then when our stores were open business was very strong, we were doing a lot of business, as we still are, by appointment, and the overall market is strong.

So we had lots of good things contributing to the growth. The specific answer to your question is that during lockdown we still had a good supply of products that were on waiting lists, Rolex, Patek, and others. And we were able to keep transacting that product. So it’s true to say that the supply-driven element, the fact that demand exceeds the supply, Rolex in particular, did really help us during the lockdown period.

How important is moving fast with expansion, in executing marketing initiatives?

You know, I think our team has a great pace about them, has the ability to multi-task. The great thing about our team is they are all really enthusiastic about what we do, they’re all great team players. We seem to be able to handle a lot of different opportunities, whether it’s integrating acquisitions, marketing initiatives such as you’ve seen in Long Island with the Anytime.Anywhere project, which is fantastic. We’ve developed a new appointment system, and CRM system, and all of our teams learned to use it.

You know I think pace is important, the critical element though is executing well, having the right opportunities, and what we’ve done is very much built our resources in anticipation of growth, which has turned out to be smart. We’ve built a great marketing team under Katie Reed, based in New York, for example, we’ve built great resources back in the UK in digital marketing, and we’ve put structures in place in anticipation of the new opportunities that will come.

American Dream is reportedly planning to debut 20 luxury shops in September. Can you comment on this?

I was actually there two weeks ago. It’s a fantastic development. And I’m really pleased for the developers who have worked so hard for this project. It’s something like I’ve never seen, particularly the water park. The more general premium market retail is very impressive. The overall design is fantastic. And then the luxury wing where we are is really stunningly attractive and spacious and I personally prefer where we are on the first floor. The volume of the space and quality of the common areas is fantastic. Dolce Gabbana, Tiffany are others that are already built out.

What I’m confident of is that American Dream will be a tremendous destination in the months ahead.

What is the “Xenia” hospitality concept mentioned by WatchPro in a recent article?

A big part of our success has been really personalized customer service. And we think that’s become more and more important, particularly with what the world’s been through over this last 18-months. People expect now to have a multi-channel response to them. They really want stores and the suppliers to know them, and to know what they’re all about. That’s a big part of what Xenia is all about. It’s elevating customer service to the standards that you see in 5-star hotels, that real personalized interaction. That we think is so important, CRM, knowing your client, knowing their preferences, knowing their interests, and that’s what we are doing. We’re taking direction and input and guidance from experts in the fields of both luxury retail and luxury hospitability, and we’re going to implement a tremendous training program for our teams. And they are very responsive and eager to learn and apply this new standard of client service.

Our big Xenia launch will be in September in the US at the Ritz Carlton in Miami.

Does Xenia entail new physical locations like AP is doing?

Yeah, next Spring. It’s going to be great. In London, directly across the river is the Battersea Powerstation, on the riverside, which has these four recognizable towers (referred to as an upside-down pool table) a beautiful brick building. A huge development, kind of the like Hudson Yards, residential, a hotel, gyms, great restaurants, excellent landscaping, in the center will be shopping, including Apple as the anchor, which is moving their headquarters into this building, including retail and offices above. The other big store is Watches of Switzerland, anchored by Rolex and Cartier. It’s fantastic, and again like Hudson Yards, it has a new subway line, a “Tube Line” as we call it London. They’re even going to have traffic arriving by riverboat. It’s a really cool development, and one we’re delighted to be part of.

Watches of Switzerland Group is now valued at 2.5 billion British pounds ( $3.4 billion US dollars as of today). And I see WOSG shares, which started in the $300 range, are sitting at $1,000 per share as of this morning, with a market cap of about $2.39 billion US dollars. Can you give us a big picture breakdown of the Watches of Switzerland Group business as it stands right now?

In the UK we have different retail faces that we trade under: Watches of Switzerland, Mappin and Webb, and Goldsmiths. We apply the same standards of luxury, design, and client service across all the faces. We’re multi-channel, which means we do big beautiful multi-brand stores, we also do mono-brand, airport, and online.

In the US we trade under Mayors, who we acquired, which is Florida and Georgia, or Watches of Switzerland, which is Vegas, New York, and Boston. We also have mono-brand stores in the US, including Breitling, TAG, and Omega, and one opening shortly with Tudor.

So we’re a major player.

Overall we’ve given our expectation of sales (revenue) this year of $1.125 and $1.175 billion (projected), which is what we said we’re going to achieve this year. This makes us one of the biggest in the world in luxury watches. And we’ve given a five-year plan where we believe we will grow significantly in the UK, US, and entering Europe, and we’ll do it by investing in existing stores, and through acquisition.

We’re very pleased with our share price and valuation overall. We have a very high-quality group of investors, predominantly a blue-chip investor base, that like our story and buy into our plans.

Is there anything else you would like to mention?

This interview was conducted via Zoom on August 20, 2021.