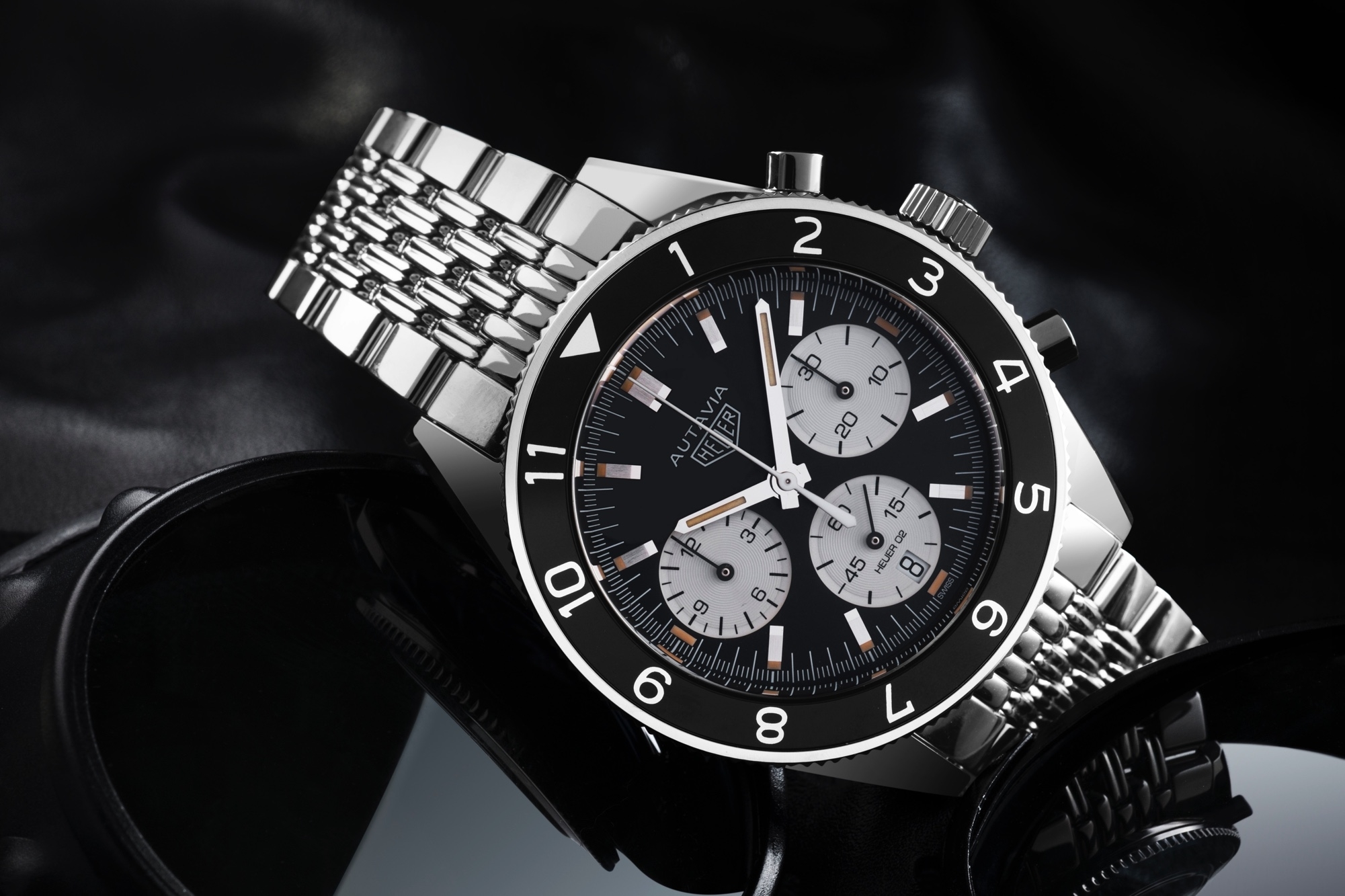 About this time last year TAG Heuer announced the winner from their “Autavia Cup” where 50,000 web users voted for their favorite of the 16 first generation 1960s Autavias. The winner was the Autavia Ref. 2446 Mark 3, designed in 1966. It was named the “Rindt”, in honor of the celebrated Formula 1 champion Jochen Rindt, who was often seen wearing the watch.

The name Autavia comes is a contraction of AUTomobile and AVIAtion. The original watch was created in 1962. At 42 mm in diameter, this is not a literal re-edition of the 39 mm 1960s Autavia that it is based on. However, the dial practically looks like it came right from the vintage piece. And while the bezel is a little thicker on the new version, it too is very close to the original.

Inside, is an entirely different story. The original model was powered by a Valjoux 72 whereas the 2017 Autavia is powered by the movement that was first shown off at Baselworld 2014, and then quickly shelved once Jean-Claude Biver came in and took over as TAG Heuer’s interim CEO shortly after the show that same year.

That movement, previously referred to as both the caliber “CH80” and “1969” is now called the “Heuer-02” and features the same in-house column wheel and vertical clutch design. It is a quite a step up from the caliber Heuer 01 which has a column wheel and oscillating pinion chronograph. Particularly because of the vertical clutch and its impressive 80-hour maximum power reserve.