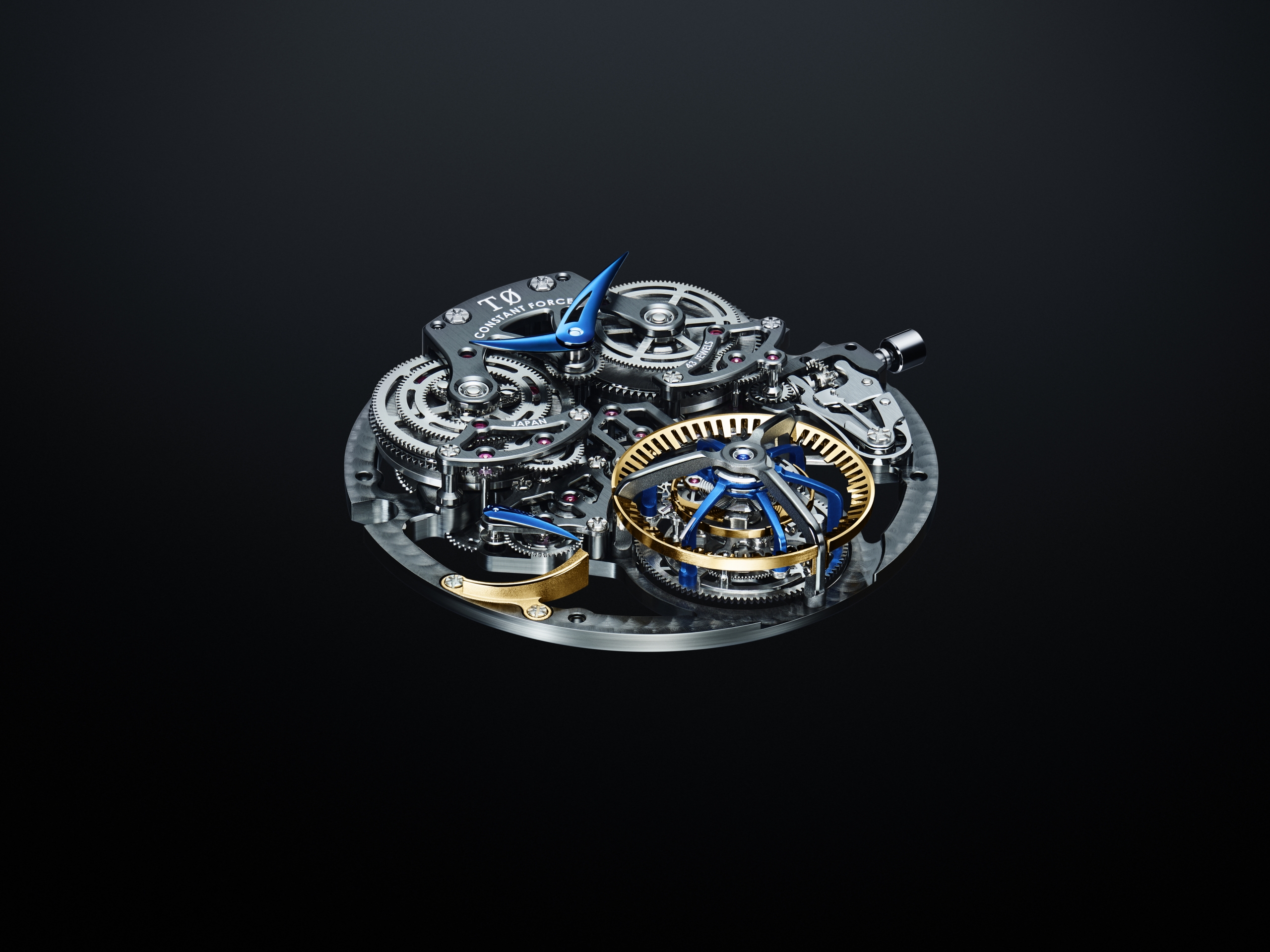 This month, Grand Seiko announced a concept movement with a world-first constant-force tourbillon.

Building on many years of watchmaking experience, Seiko launched their first tourbillon inside the Credor Fugaku Tourbillon Limited Edition in 2016. Then earlier this year they unveiled the exciting new 9S movement family, which includes the 9SA5 Hi-Beat mechanical caliber, as well as the 9SA5 Spring Drive. And now, the masterful T0 (T-Zero) Constant-force Tourbillon.

The production for the new 9S movements as well as the new T0 Constant-force Tourbillon, take place at Grand Seiko’s newly inagurated Grand Seiko Studio Shizukuishi, located in Shizukuishi, Morioka. And according to Grand Seiko, “The free approach to development resulted in the birth of T0 and inspired essential movement parts for the new caliber 9SA5, which was developed in parallel with the concept creation.”

When Grand Seiko developed the 9S movements, they moved upscale with improved specifications, finishing techniques, materials, performance — a real tour de force of what Grand Seiko is capable of producing horologically. The T0, which is not even set to be produced as of right now, one upped that with even more chronometric precision.

“The T0 (T-zero) Constant-force Tourbillon incorporates a fully integrated constant-force mechanism and tourbillon on the same axis for the first time in the world. The constant-force mechanism provides even energy distribution to the escapement regardless of how much the mainspring is wound, and the tourbillon eliminates the error in precision caused by gravity by incorporating the escapement parts and balance in a rotating carriage. These two mechanisms alone require exceptional design and manufacturing technologies, and the integration of the mechanisms as one unit is a patented design that achieves a new level of accuracy for Grand Seiko’s mechanical watchmaking,” reads the Grand Seiko official release.